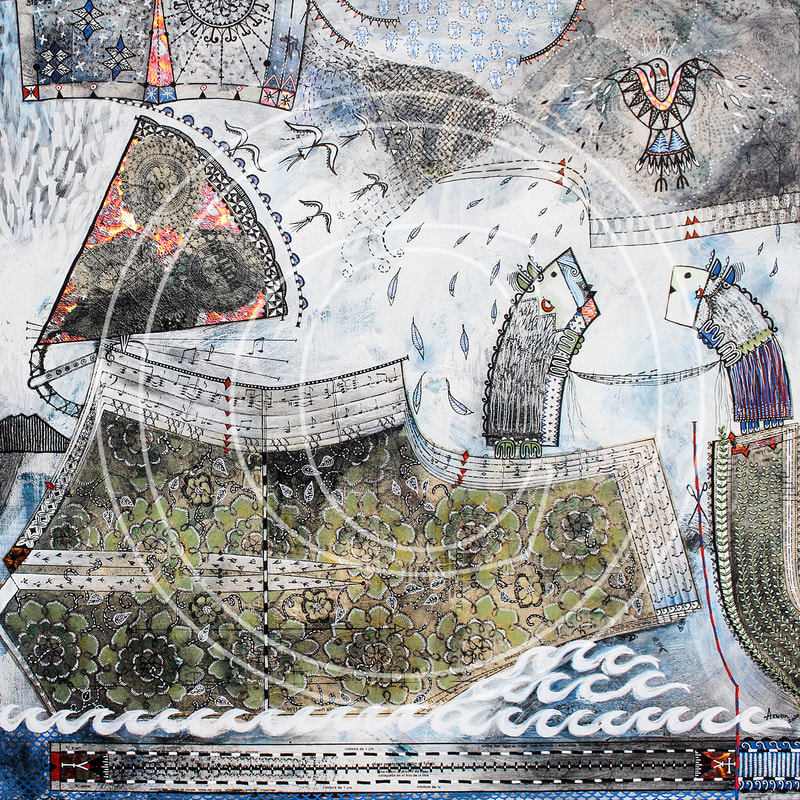 ​I have been making work about our relationship with the environment for a few years now, particularly looking at the practice of collecting in its various forms. This new piece was initially inspired by Chris Moore’s sculpture, Bird Songs and a recording made in 1949 by Henare Hāmana, who mimics the different calls of the extinct huia bird. This painting tells a story of two guardians who archive the notes of extinct bird call as many fly through Heavenly nets bound for their place in history. It features landmasses - Gondwana land splitting from New Zealand and a timeline to reference the millions of years birds evolved on our land, prolific and spectacular, until human occupation.